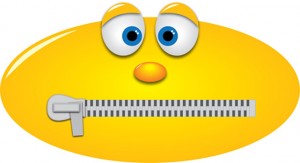 If you want a glimpse of real life, watch kids.  No doubt they keep things real, no pretenses, no faking it.  They ask honest questions and call life as they see it. Somewhere along the way kids figure out it’s often best to just stay quiet and listen. I remember Mom explaining that was being tactful … just thinking, but not actually saying what you are thinking.

But we all know those, even though they’re way past kindergarten, who haven’t figured out the art of tact.  Maybe I’m naive, but I’d like to believe those people aren’t really mean, they just get their mouths going faster than their brains.

As much as I would like to think my Southern upbringing embedded tact into part of my character, I find myself occasionally saying things other than, “Bless her heart.”  I literally had to cover over my mouth recently to keep what I wanted to say from leaking out.

I watched a conversation in a restaurant not long ago that could be used as an instruction video on how communicate with another human.  As each person spoke the other listened with locked eye contact.  Before responding, the listener paused for a couple of beats as if digesting what she had just heard. Both obviously understood the art of communication; no texting, no starring off into space, no interrupting.  My Mom would say they were being very tactful.

Is tact becoming a lost art?  Maybe.  Or are we so unaware of our surroundings because we’re so focused on our own agendas?  We want what we want, when we want it and get frustrated with anyone in our way.  That’s when dumb things, even kindergarteners know shouldn’t be said, are said.  And our blood pressures jump 10 points.

So I’m challenging myself to slow down and be more aware of what comes out of my mouth.  I want to be a good listener and think before I speak.  It has to lower stress. And it surely will lower the risk of being tacky.