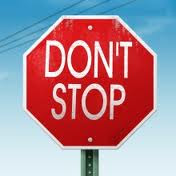 Sitting at a grade school talent show, inspired by a rousing piano rendition of Ode To Joy, skits written by fourth graders, and a boy bouncing on a pogo stick the whole four minutes and three seconds of Van Halen’s song Jump, I had a flashback. Not like a Van Halen type flashback, but a nostalgic one. As the emcee announced the ensemble of two, third grade girls on the violin and saxophone and Jackson Brawner on the trumpet, the same butterflies started flapping that always surfaced when Jason Brawner’s name was ever announced.

For Jackson, this was serious business and he didn’t miss a note of Bugler’s Dream, better known as the Olympics song. I was amazed and instantly felt that sting behind my nose signaling tears are next. Honestly, keeping it together at an elementary school program should not be a struggle. Why is it things connected to childhood stir emotions in even the most stoic adult? Something about the setting took me on a memory trip to high school. Where did all this come from?

That I was stronger than some of the guys on the real football team and could even out-run a few of them wasn’t glamorous, but it did get me the fullback position on the powderpuff team. My friend Ginny who, on the other hand, was petite, beautiful and defined femininity, shocked everyone with her throwing arm so she was named quarterback. What impressed me more than her arm was she cut off her perfectly manicured nails to get a better grip on the football. For Ginny, like Jackson, this was serious business.

Because the big game was a fundraiser, parents, teachers and the student body came out to see how much the cheerleaders actually knew about football. Trailing by a few points with just a few seconds left on the clock, Ginny called one of the secret plays we had only run in practice. Surely this was the magic. Ginny would hand me the ball as I went opposite of the flow of players and hopefully they would be fooled.

Then it happened, our semi reverse worked! I took off like never before. Now it had become serious business for me.

When I was about five feet from the goal line, the referee’s whistle blew. Confused, I stopped because no one had my flag. No one was near me so why was the whistle blown? Then a girl from the other team flew past me like The Roadrunner snatching the flag off my belt. The sidelines roared and I was still confused.

As I headed to the sidelines, John, the coach who was one of the real football players, pointed to his watch. The whistle I heard was to only signal time had expired off the clock. I stared at him in disbelief as tears leaked. I had stopped 5 feet short of victory for my team. How could the girls ever forgive me? How could I ever forgive myself?

My friend John, in all of his 17-year-old wisdom, hugged me and said what I have always remembered, “It’s OK Suzette. Just remember this: Next time don’t stop until you get to where you’re going, even if you hear a whistle.”

How many times do we stop five feet short of the goal because we are worn out, or distracted, or confused? We give up on projects, we give up on dreams, and we give up on people. What’s really sad is, if we give up, we’ll never know how good it feels to do the victory dance in the end zone, even if it’s only in our minds.

The applause, cheering and whistling brought my attention back to the school auditorium. Jackson had the victory dance going on in his smile; satisfaction of a job well done. Oh, the things you can be reminded of watching a grade school talent show.

Don’t stop until you get to where you’re going.