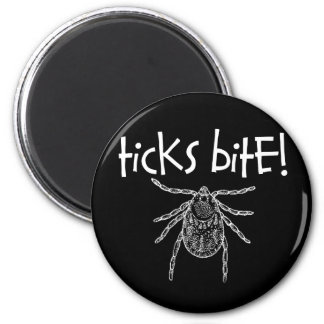 Mom’s voice echoes in my head when I hear the word respect. “Respect your teachers, respect public authority, respect street signs,” she would say.  “Respect other people’s property and, of course, respect your parents.”

In my opinion, respect falls into three categories; admiration, fear, and a combo of the two.  In the admiration column might be athletes for their accomplishments, inventors for their discoveries, and writers for their books. Basically these are people we really don’t know, but would enjoy having coffee with.

On the respect-out-of-fear list are policemen with radar, the bully in 5th grade, and the principal at any school.  These are people we really don’t want to get to know better.  We’re comfortable respecting them from a distance.

A few in the combo group are our parents, a favorite teacher, a boss. We admire them and have a respectful fear of them. We don’t want to disappoint them.

In the past few weeks I have developed a new respect, one I never knew I really needed …respect for the tick.  Growing up in Arkansas and living most of my life in southern Missouri I’ve always considered ticks a nuisance, not a threat.  Over the years I’ve pulled hundreds of them off my kids, my husband, my dogs and myself without really thinking about consequences, until now.  Orange alert for terrorist ticks is up and running.

I’m the unlucky victim of a tick carrying Ehrlichiosis, one of the several tick borne illnesses which include, Lyme disease, Rocky Mountain Spotted Fever, and some I can’t spell or pronounce.  Who knew such a tiny thing could take a person down?

Raging fever, flu like body aches times 10, and ridiculous headaches had me negotiating with God, “I really want to see the grandkids grow up, but if you need me now, I’m good with that.”

My doctor holds my highest respect. She went on suspicion and intuition before blood tests were positive.  My friend, MIssy, has unnecessarily suffered with Lyme disease for two years because she was misdiagnosed for five months.

A month since a trip to the ER has passed and life is better, not back to normal, but better.  Jim Brawner says I sleep a lot of my waking hours, and I do.  Like an electric car, I go then suddenly run out of juice and have to be plugged in for more energy.  I’ve been told it will take time to be full speed again.  Being the not-so-patient person I am, this is challenging.

I’m now officially a statistic with the Taney County Health Department and the Center for Disease Control.  As crummy and inconvenient as this is, I’m grateful it’s a tick borne illness statistic not a cancer statistic.

So beware of the Ninja Ticks.  Evidently, because of a warm winter and rainy spring, we have an overpopulation of them in Missouri. Stock up on OFF! and respect them like the 5th grade bully.