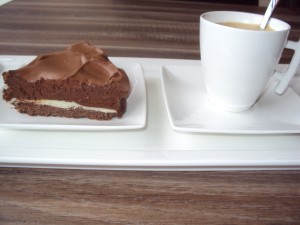 The other night I found Jim Brawner glued to a documentary. I have to be careful about what I see in the evening. After watching The Man Who Killed Osama Bin Laden, I took out bad guys slinging huge machine guns with a tiny pink can of mace all night long. I woke up exhausted.

He assured me this one was good, so I sat down. Assuming it was very scholastic, I was surprised when I realized it was about Auburn and Alabama football. Historic, yes, academic, not so much.

Evidently back in 2010 a University of Alabama fan drove the 150 miles from Tuscaloosa to poison the gigantic old oak trees at Toomer’s Corner in the center of Auburn. The historic trees slowly died. The saddest part of the whole story was that the fan was an angry 60-something-year-old man not a college student who had had one keg too many.

Listening to those interviewed, I began to understand how passionate and maybe a tad bit crazy some people are about their loyalties. My Mom used to remind me at dinner parties, in polite company, it’s best to steer clear of discussions about politics and religion. Maybe we should add football rivals to the list.

We were hosting a dinner party once when the discussion spilled over onto the no-no list. It was an election year and one guest was starting to break out in hives discussing foreign policy and the economy. I knew I had to reroute the table talk, so I stood up and asked, ”Who wants pie and coffee?”

It worked. Who doesn’t calm down while having chocolate fudge pie? With everything that’s going on in our lives, maybe we all need to take a deep breath, step back, and have some pie. Coconut cream works too. Oh, and by the way … Woo Pig Sooie!