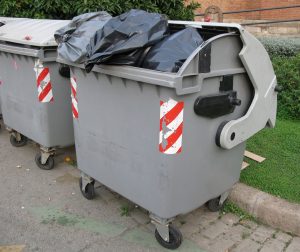 I know it’s a scientific fact opposites attract. Jim Brawner and I agree on a lot but could not be more opposite when it comes to keeping things. I don’t like clutter so I stand at the trashcan to open mail. He stacks it on the kitchen counter for later. Later never comes. He keeps extra things just in case. I’ve tried to tell him just in case never comes either. Four years ago I found a five-year-old airline boarding pass of his. I couldn’t figure out what the just in case factor with it was so I secretly put it in the trash. He still hasn’t missed it.

Last week I read an article concerning the stuff in our lives and if we would truly be happier with less of it. In 2014 a lady named Marie Kondo wrote a best selling book, The Life-Changing Magic of Tidying Up. Evidently after reading her plan to reduce life to only things that bring joy, millions have been able to let go of clothes, books, furniture, and husbands.

Not only has Marie Kondo written 4 books, with the most recent one translated into 5 languages, she is the inventor the KonMari Method of organizing. She says most of us get frustrated trying to get rid of stuff because we only hunt for what we want to toss. Marie says we have it backwards. We need to start with finding what we want to keep. She suggests gathering up all we own one category at a time and only keeping things that make us happy.

She makes it sound so easy and matter of fact. But she lives in Japan where space is a limited and when she was writing her books she didn’t have kids. Last July she had a baby. I wonder how the KonMari Method is working for her now.

With kids comes stuff and junk. Lots of stuff and junk. When she was little, Jill had so many stuffed animals the top of her bed was barley visible. I knew she would never willingly let go of any of them since she is her father’s daughter, so every six months I would bag up several and hide them in the attic. If she didn’t mention them during that time, they were given away. I called it the SuzBrawn Method.

My friend Gary told me years ago, “The more you have the more you have to take care of.” Over the last couple of years we have gotten rid of a lot and it does feel good to only have what we need. So my answer to the old question “If you were stranded on a desert island what would you really need is fairly simple: good books and extra glasses just in case, Chapstick, and Jim Brawner. Definitely Jim Brawner.